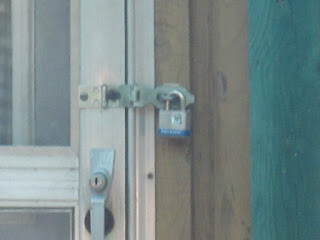 I want to thank you for helping my in school. From the time I been here I have learned to read. Not just read but read a whole book. I most important helping stay happy by letting me use the shower and understanding me being homeless. It has been very hard on me and I am shur it has been hard on your working with lots of people. There has been times I wanted to give up on school and you being very kind with letting me go to school when I can. It makes it workable with my life back together. Your great teacher and wonderful person to do this for all of us. You take the time to work with each one of us that is cool of you.
Thanks.
RK

Sometimes you don't know the impact you have on a person's life until that person leaves you...a note.

Please notice that I reproduced this note as given to me. That means that I didn't change any word choices, spellings, grammar, capitals, or punctuation.

I watched RK over several years grow as a reader and writer. Some of you - people reading this blog - probably don't really understand just how little many of the adults enrolling in our program can read when they first enter. RK was no exception. The fact that RK wrote this note is pretty noteworthy on its own merit! Sadly, I haven't seen RK since this note was left for me. I hope RK is well and thriving.

RK was initially driven by the thought of getting back RK's three children. Early on during RK's tenure with us, RK lost a permanent residence. RK couldn't get paid employment, so RK took up panhandling. Over time RK stopped talking about seeing and giving RK's earnings to the children. Instead, these earnings were used to add to a growing amount of tattoos running up RK's arms and legs. RK had a plan for these tattoos. Eventually, RK's living arrangements - homeless shelter alternated with the streets - led to anxiety and paranoia. Medications became a part of keeping RK's stability. In the last few months before the note appeared, conversations with RK illustrated that RK's mindfulness and clear-thinking had greatly deteriorated. Long-term homelessness had taken its toll on RK.

While not all homeless people have literacy issues, the price of homelessness is far greater than just being without a permanent residence.

Thank you for listening.
Deb